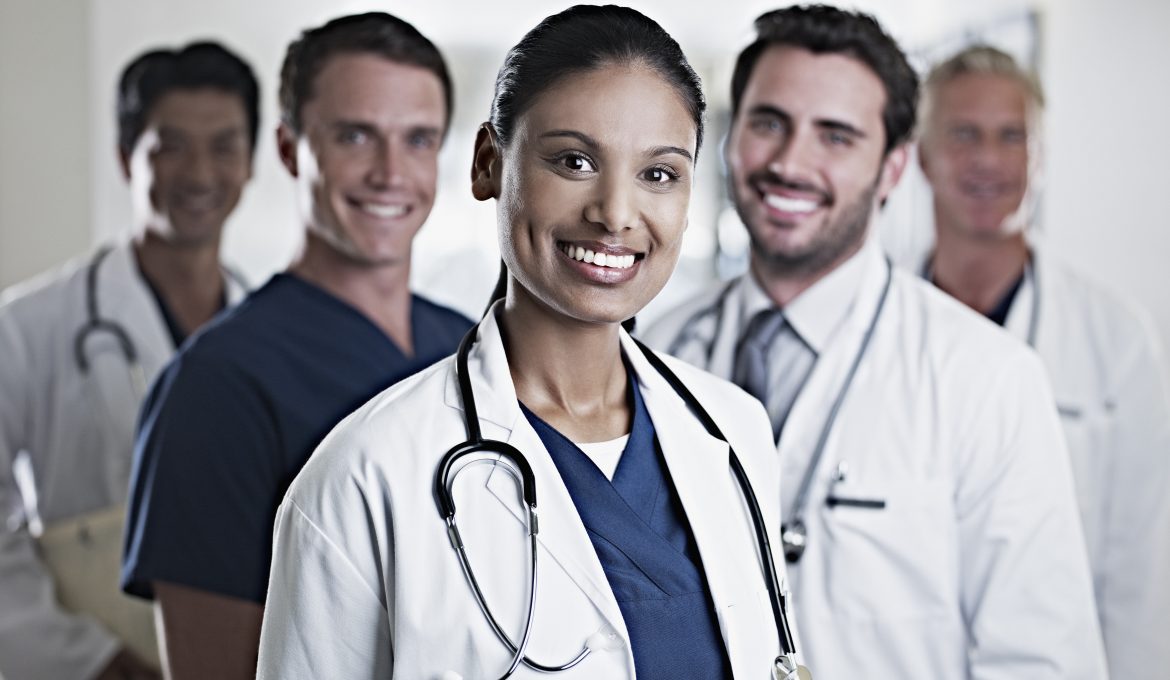 So just why do we celebrate Doctors’ Day in the United States on March 30? The story begins with a physician-pharmacist-anaesthetist named Crawford Williamson Long, M.D. (1815-1878). After earning his A.M. degree at the University of Georgia, Athens, he began his medical training in Kentucky at Transylvania College. After one year there, he transferred to Philadelphia’s University of Pennsylvania, where he finished earning his M.D. Following 18 months as a house officer in New York City, Dr. Long returned to Georgia to practice medicine in the town of Jefferson. On March 30, 1842, Dr. Long administered anesthetic ether for the removal of a neck cyst from James M. Venable. This was the first witnessed and well documented use of diethyl (“sulphuric”) ether for surgical anesthesia.

Although Dr. Long did conduct multiple subsequent etherizations, he did not publish his priority in the use of general anesthesia until 1849. That was several years after dentist William T. G. Morton had conducted— in Boston on October 16, 1846— the first successful public demonstration of surgical etherization. Dr. Long was also the first to administer ether as an obstetric anesthetic. (Indeed, it was not Scotland’s James Simpson nor Boston’s Nathan Cooley Keep.) Unlike so many American competitors who claimed priority to discovering anesthesia, Dr. Long remained a kindly, self-sacrificing professional gentleman until his dying day. After delivering a baby in 1878, Dr. Long suffered a devastating stroke. Insisting that the newborn and mother be attended before himself, Dr. Long died as a medical martyr in Athens, Georgia. 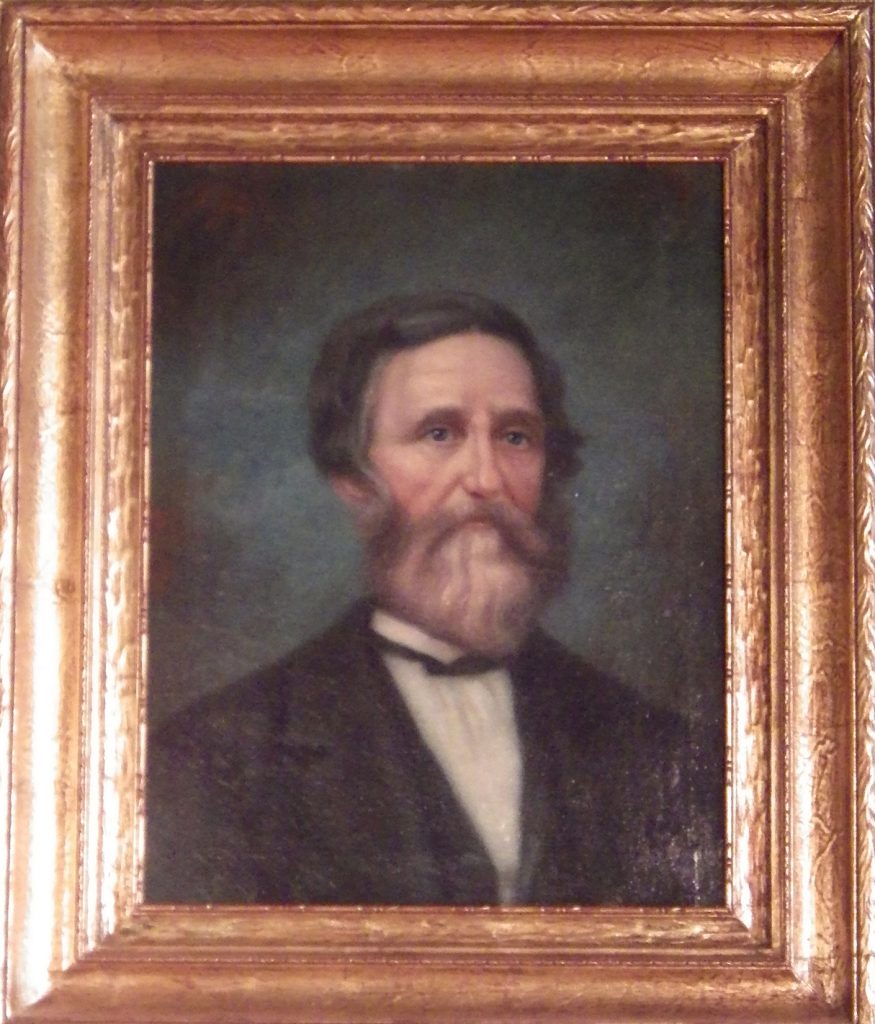 (Image courtesy of the Wood Library-Museum of Anesthesiology, Schaumburg, Illinois.)

Fifty years later, in 1928, Dr. Long’s daughter, Frances Long Taylor, published a biography of her father titled, Crawford W. Long and the Discovery of Ether Anesthesia. That tome was treasured by another Georgian, a physician’s wife named Mrs. Eudora Brown Almond (1884-1982). Born in Hart County, Georgia, Eudora Brown had been raised in Ft. Lamar, where she had grown up idolizing her family physician. She graduated from the School of Nursing of the Davis-Fischer Sanatorium, which was later renamed the Crawford W. Long Hospital. In 1920, Eudora became the second wife of widower Charles B. Almond, M.D. of Winder, Georgia. By 1933, she had convinced the Women’s Auxiliary to the Barrow County Medical Society to adopt March 30 as “Doctors’ Day.” Consequently, on March 30, 1934, the Barrow County Medical Auxiliary celebrated the first Doctors’ Day at the home of Evelyn P. and William T. Randolph, M.D. The next year, the Woman’s Auxiliary to the Southern Medical Association recommended presenting physicians with carnations on “Doctors’ Day.” Celebrating the work of physicians soon spread to many states beyond Georgia. 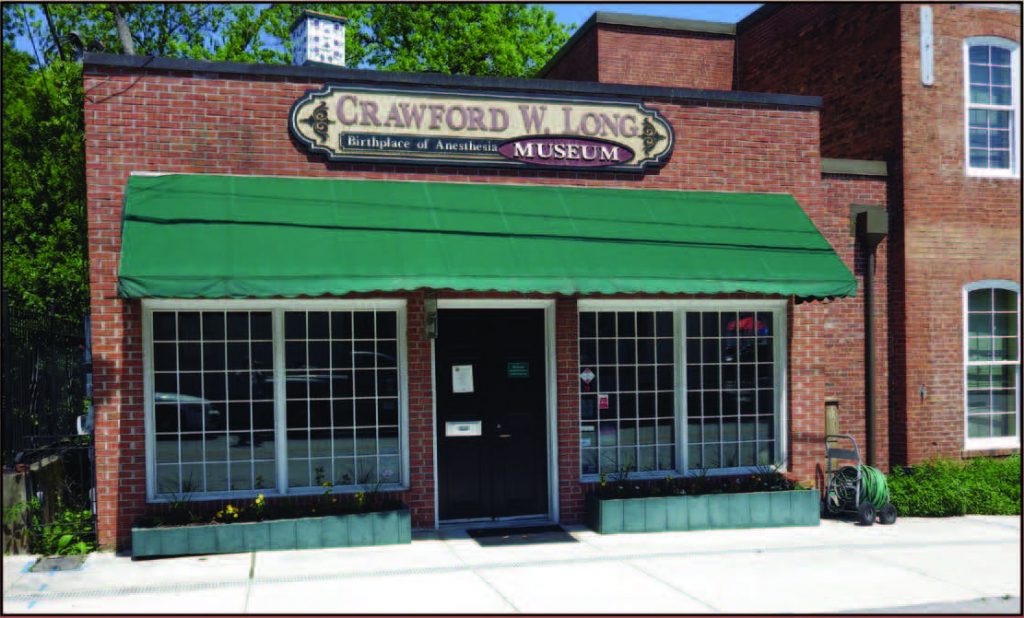 (Image courtesy of the Wood Library-Museum of Anesthesiology, Schaumburg, Illinois.)

And since 1957 in Jefferson, Georgia, the Crawford W. Long Museum has honored its namesake physician who first administered sulphuric ether as a surgical anesthetic. The year after that museum’s founding, on March 30, 1958, the U.S. Congress adopted its “Resolution Commemorating Doctors’ Day.”

After more than two additional decades of celebrating Doctors’ Day and its spread to other states and to other nations, founder Eudora Brown Almond passed away at 98 years of age in 1982. The Southern Medical Association Auxiliary memorialized Mrs. Almond in 1989 as the “originator of Doctors’ Day” on a Barrow County historical marker. Finally in 1990, U.S. President George H.W. Bush signed into law the annual observance every March 30 of National Doctors’ Day. And that is why Americans celebrate pioneer etherist Crawford Long, M.D., and “Doctors’ Day” on March 30. 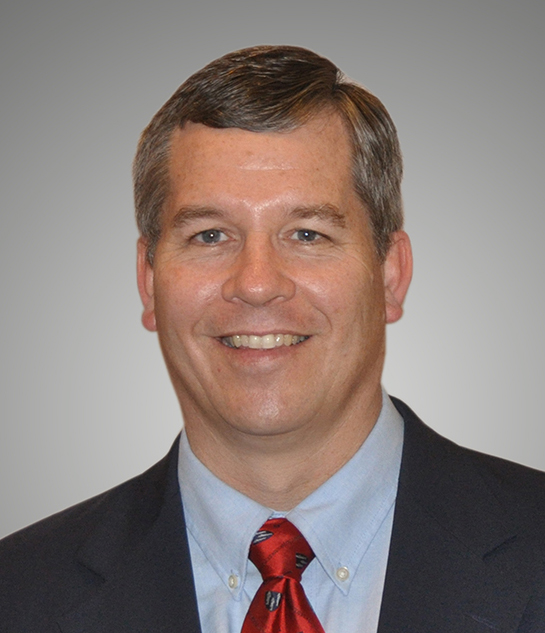 Dr. Bause earned his M.P.H. (Epidemiology) and M.D. from Johns Hopkins University. Following his Hopkins rotating internship and residency in Anesthesiology and Critical Care Medicine, he drafted America’s first fellowship in geriatric anesthesiology (1984-85, NIH-Hopkins). After teaching at Yale (1985-92) as an associate professor, Dr. Bause served in Cleveland as both Whitacre Director of Anesthesiology Education at historic Huron (Road) Hospital and clinical associate professor in the Case Western Reserve University Schools of Medicine and Dental Medicine.

After founding anesthesia departmental museums at Johns Hopkins and at Yale, Dr. Bause has served as the honorary curator (1987-current) of the ASA’s Wood Library-Museum of Anesthesiology (WLM). He has shipped or hand-carried rare books or anesthesia antiques back to the WLM from all seven continents. Dr. Bause has also served as an associate editor of Anesthesiology, a guest editor of Anesthesia & Analgesia,and as founding deputy editor of the Journal of Anesthesia History. Some of his 900-plus publications on the history of anesthesia have garnered awards, including multiple David Little, Jr., Prizes (USA) as well as the inaugural David Zuck Memorial Prize (UK). In 2016, the internationally constituted WLM Laureate Committee honored Dr. Bause as a Laureate of the History of Anesthesia. He received the WLM’s Distinguished Service Award in 2019. Dr. Bause is a proud Diplomate of the American Board of Anesthesiology.

The ABA Blog provides opportunities to share news and information about strategic initiatives designed to advance our specialty. It also provides an avenue to solicit feedback about our programs in a dynamic environment designed to cultivate conversations about certification.